The heat and humidity today was higher than yesterday. Our original plan was to wake early and hike early but with the late arrival to camp last night, we decided to sleep in. Keeping morale high was a priority and no one is at their best when sleep deprived. 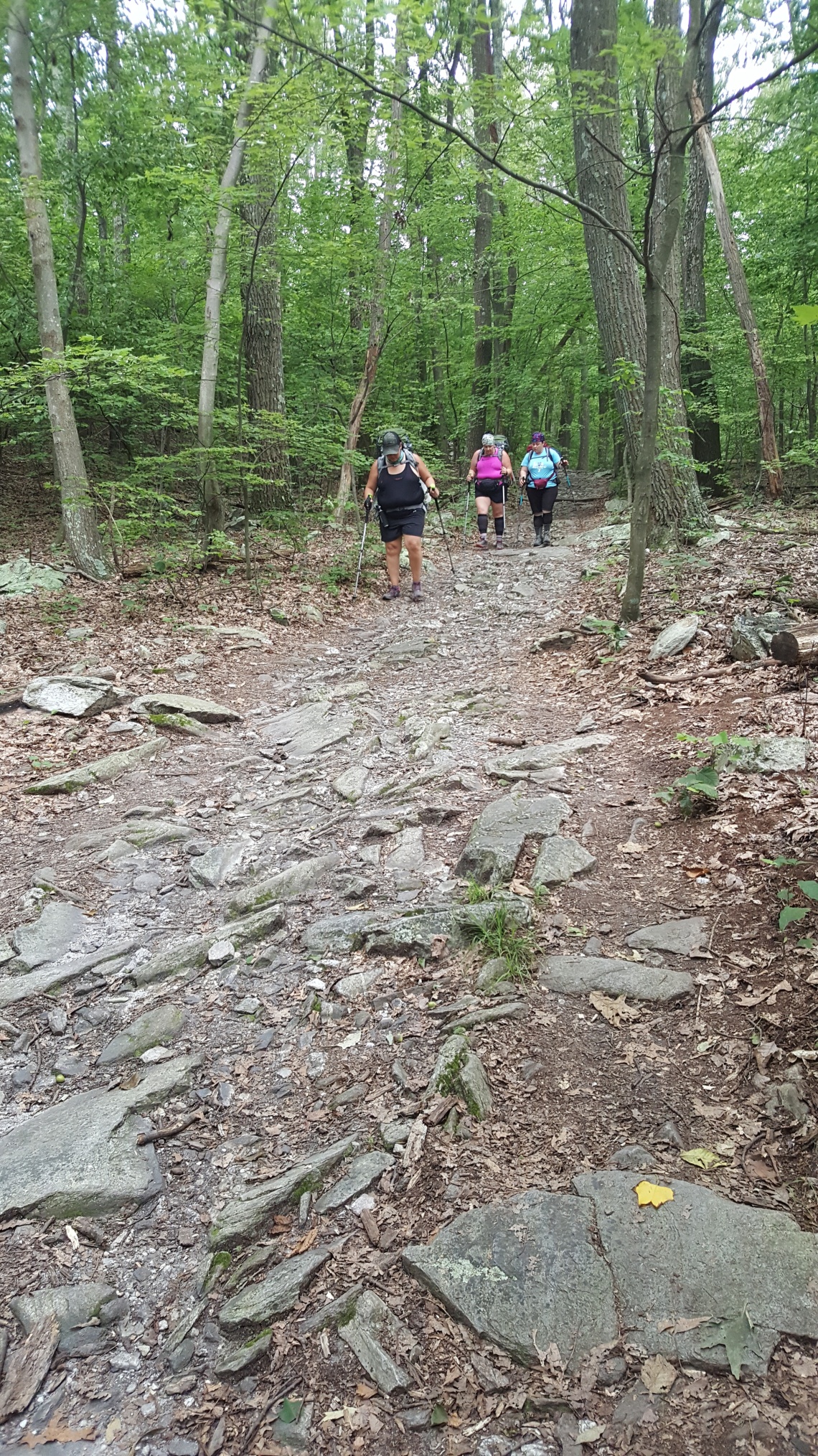 The “green tunnel” became more sparse the higher we climbed. With the sun beating down on us and the humidity rising, I felt like I was a cookie baking in an oven.

The rocks along the 500 foot descent in elevation to Rocky Ridge Shelter for lunch butchered my shoes. I literally felt like crying with every step I took. The weight of my pack pushed the bottom of my feet into the jagged rock.

At the bottom of the descent, we came upon a road and made a decision to hitch a ride. An older man named Paul pulled up in an immaculate truck, not a spot or a scuff anywhere. Clean as a whistle inside and out. He drove us to Dahlgren Backpacker Campground, the front country site that we had planned to spend the night at. We skipped Rocky Ridge Shelter and made it to Dahgren four hours early. Paul was first Trail Angel. 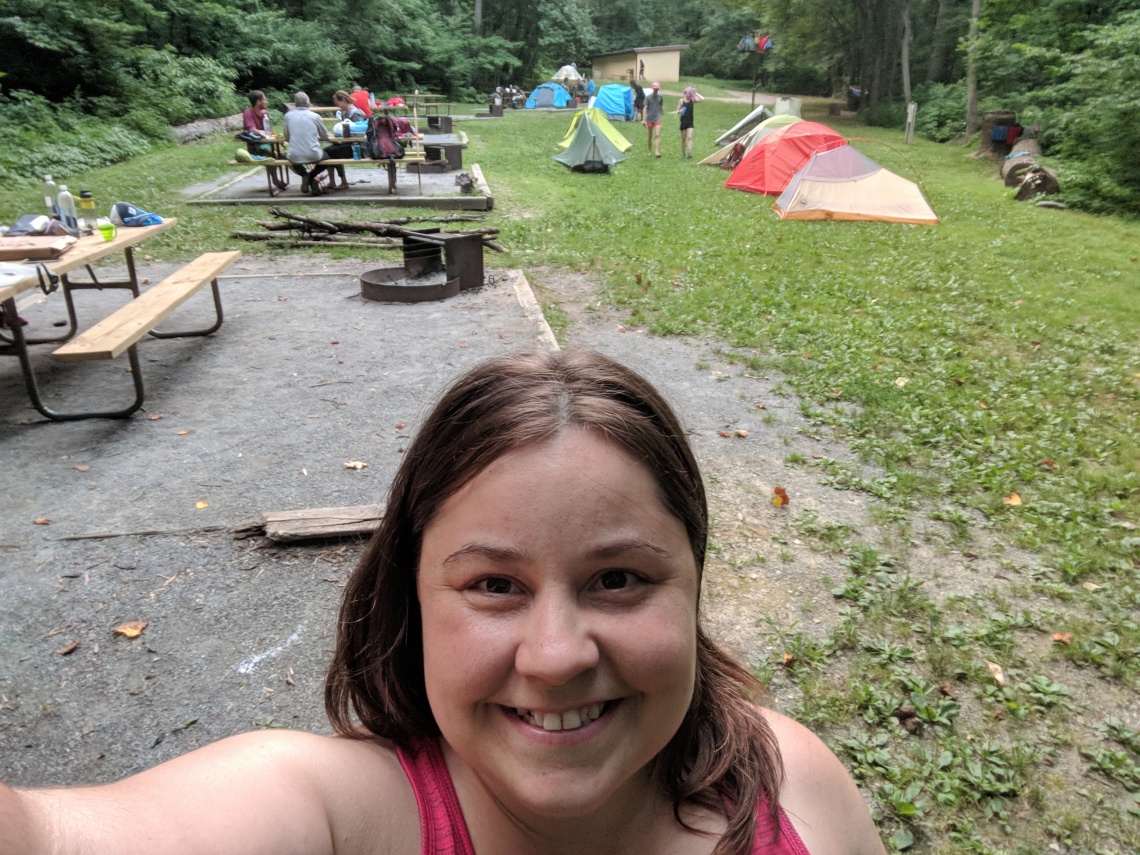 The events of the day leading up to deciding to hitch a ride included severe foot problems, a panic attack from over excursion physically and mentally (not myself), two bites that oozed puss, and a baseball sized rash with hard skin underneath.

A nurse staying on the campsite strongly advised my friend to seek medical treatment for the bites on her arm. She was concerned that she could go septic without medical intervention. My friend posted on an Appalachian Trail Facebook page and Karen, our second trail Angel came to her aid.

Karen came to the camp site and picked up my friend, along with a buddy for extra safety. She took them to the hospital and waited with them plus waited while they went to the pharmacy. It was quite late at night and instead of going back to the campsite, Karen invited the two of them to stay at her home so that they could get a decent rest.

I laid in my tent, dozing off and on and waiting for texts. I didn’t sleep a whole lot that night. I was concerned for my friends and hoped they were ok. As it turned out, Karen would go above and beyond to help our group. A friendship was slowly forming.

View all posts by thebackpackchroniclesblog